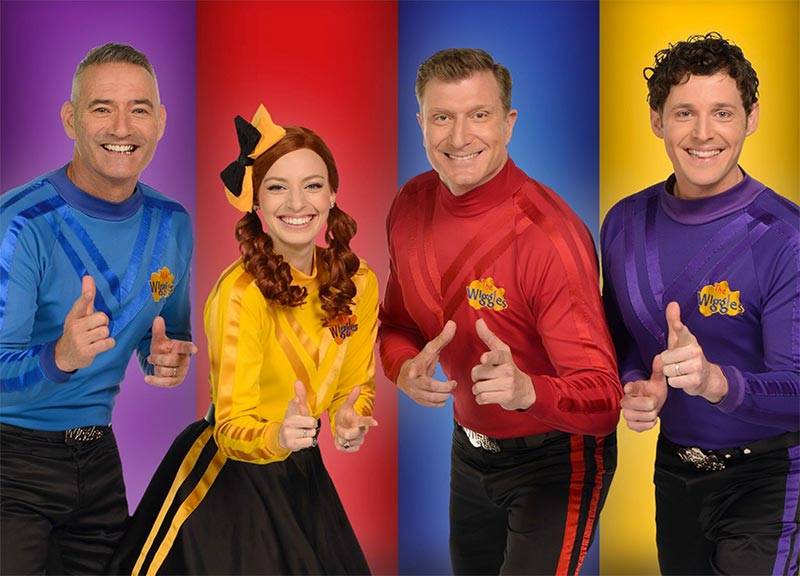 It's an exciting new era for The Wiggles with a new generation of Wiggles fans singing and dancing with Anthony (Blue), Emma (Yellow), Lachy (Purple) and Simon (Red)!

The Wiggles are the world's most popular children's entertainment group which formed in Sydney, Australia in 1991. Having performed for over 26 years, it's now the case that children who once saw the fab four of fun are now bringing their children to enjoy the best in early childhood entertainment! .

What a wonderful wiggly 12 months it’s been. Towards the end of last year, The Wiggles were presented with an ARIA awarded Gold album for sales of The Best of The Wiggles. They also won their 13th ARIA award for Best Children’s Album for their wonderful album Wiggle Town!

The Wiggles toured across Australia, New Zealand and Canada and for the first time in many years, The Wiggles returned to perform across the United Kingdom and Ireland. In true Wiggles fashion, there were over 200,000 tickets sold for more than 320 shows in over 130 cities/locations! But until they come to a town near you, Emma, Lachy, Simon and Anthony can be seen on ABC Kids and soon in their wonderful new TV series Wiggle, Wiggle, Wiggle!

You have no items in your cart